In the 1990's, Ford Motor Company was a big backer of OS/2 and many of their industrial and office computers ran OS/2. Twenty years later, some OS/2 is still left, and Ford and their equipment manufacturer contacted Blonde Guy to help them extend the lifetime of their material handling equipment used on several of their assembly lines. 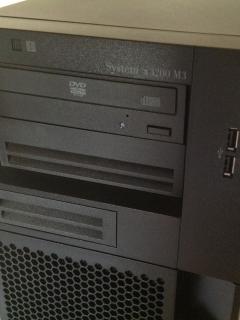 An IBM computer was specified in order to provide rapid on-site support for any computer hardware problem. The IBM computer, an X series server, is fitted with a solid state drive (SSD) to reduce the chance of failure of the hard drive.

OS/2 Warp has been withdrawn from marketing by IBM, but OS/2 capability is still available as eComStation. eComStation 2.1 was installed along with the latest fixes, which were needed for ACPI power control, Ethernet and USB support.

The assembly line needed to be stopped so that the OS/2 computers could be upgraded to IBM X Series running eComStation. Stopping the assemble line is arranged months in advance, and it can only be stopped for a short while. The installation and acceptance testing was done overnight and the next day, the assembly line was restarted.

The new machines performed flawlessly. Engineers continued to observe the operations for the next week, but no adjustments were needed.

Since January 2015, every Ford Super Duty pickup truck has been produced on an assembly line with eComStation in this same crucial role.